I created most of the art for this poster while serving in the (new defunct) A Co, 17th Psychological Operations (PSYOP) Battalion, which was a part of 7th Group PSYOP. Our print specialists printed out 90,000 of these on our in-house Heidelberg presses and they were distributed nationwide in an effort to recruit PSYOP Soldiers from within existing Army ranks. It was a very successful endeavor as I ran into Soldiers for years who told me they had seen the poster and were influenced by it. We were later asked to create text variants that advertised for sister units and one such unit actually claimed to their superiors that they had designed it. As a government product, my signature was not allowed on the final print, but I'm happy to retain the original artwork! 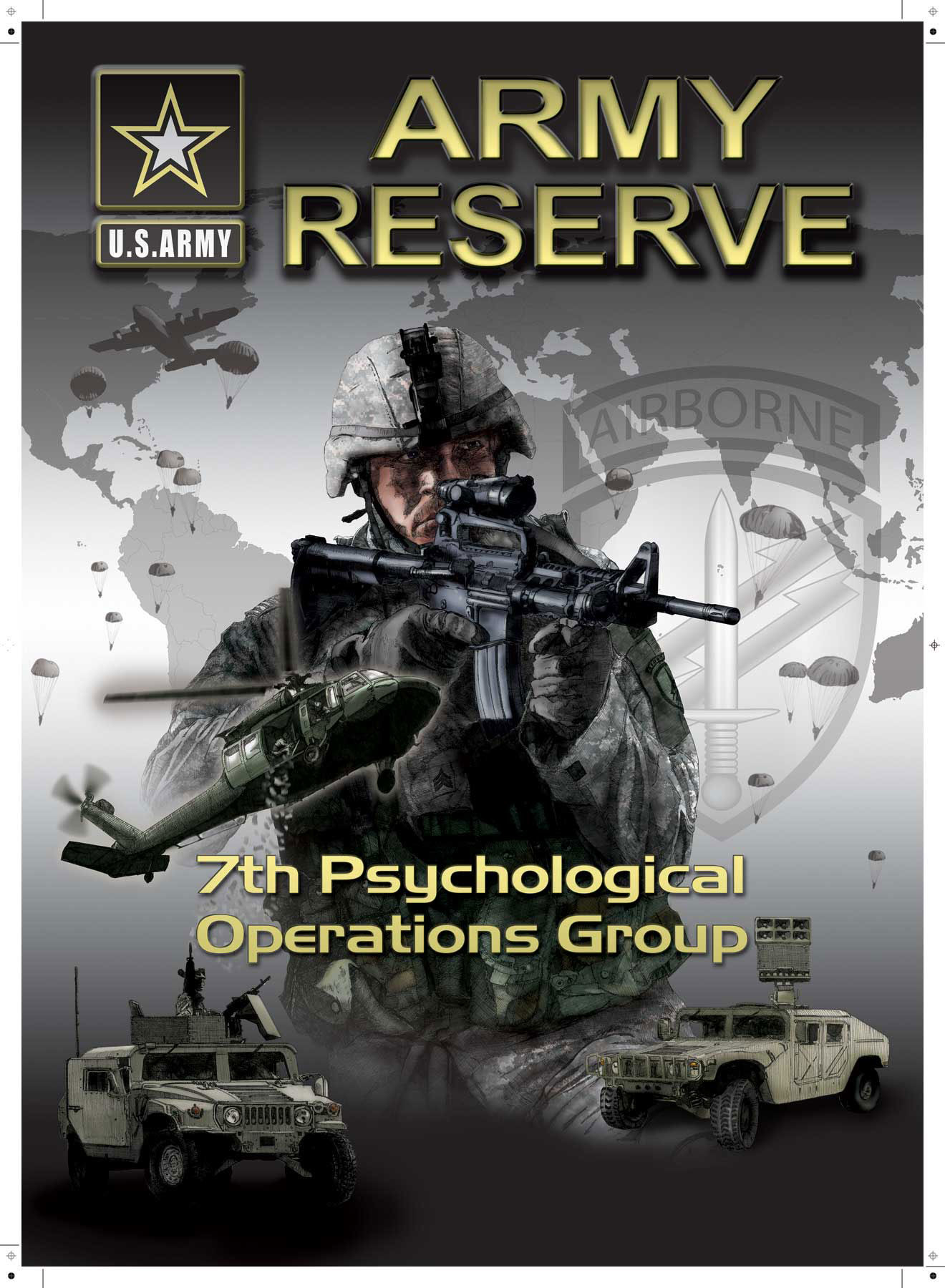 27" x 41" poster , pen and ink with digital coloring (and vector elements). This is the Heidelberg proof image with printer marks. 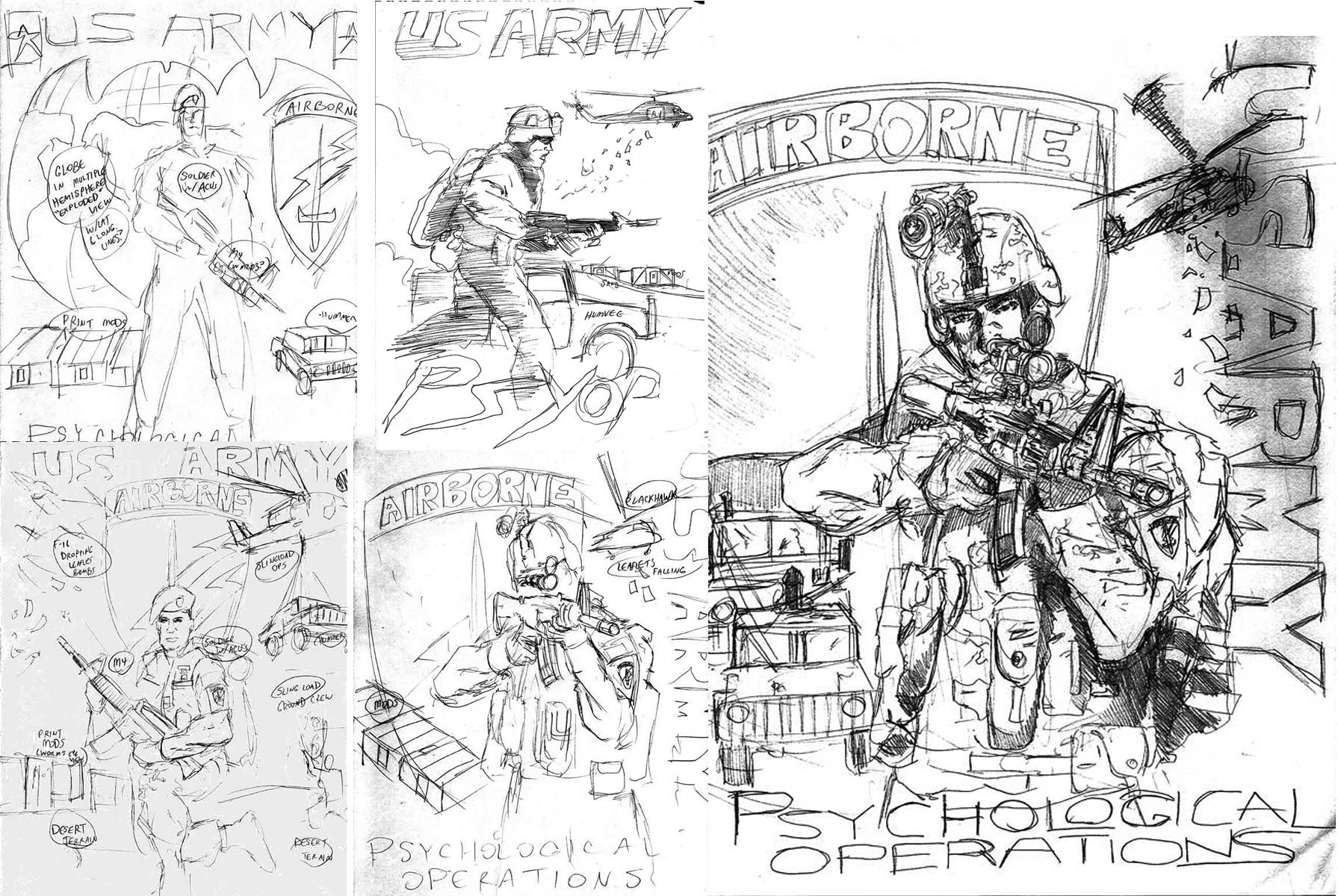 Thumbnail proposals of the subject matter requested by leadership, with a slightly tighter comp based on approval of the lower-right thumbnail. 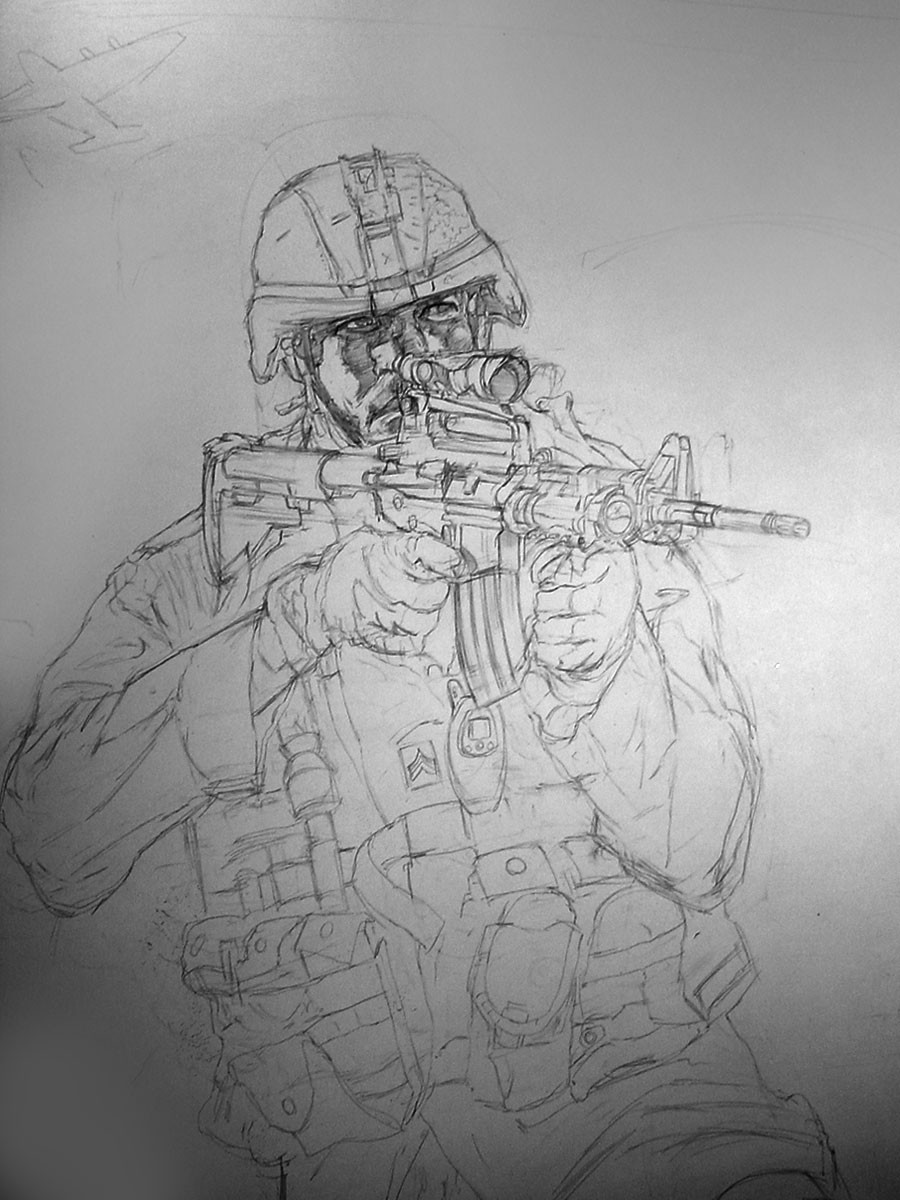 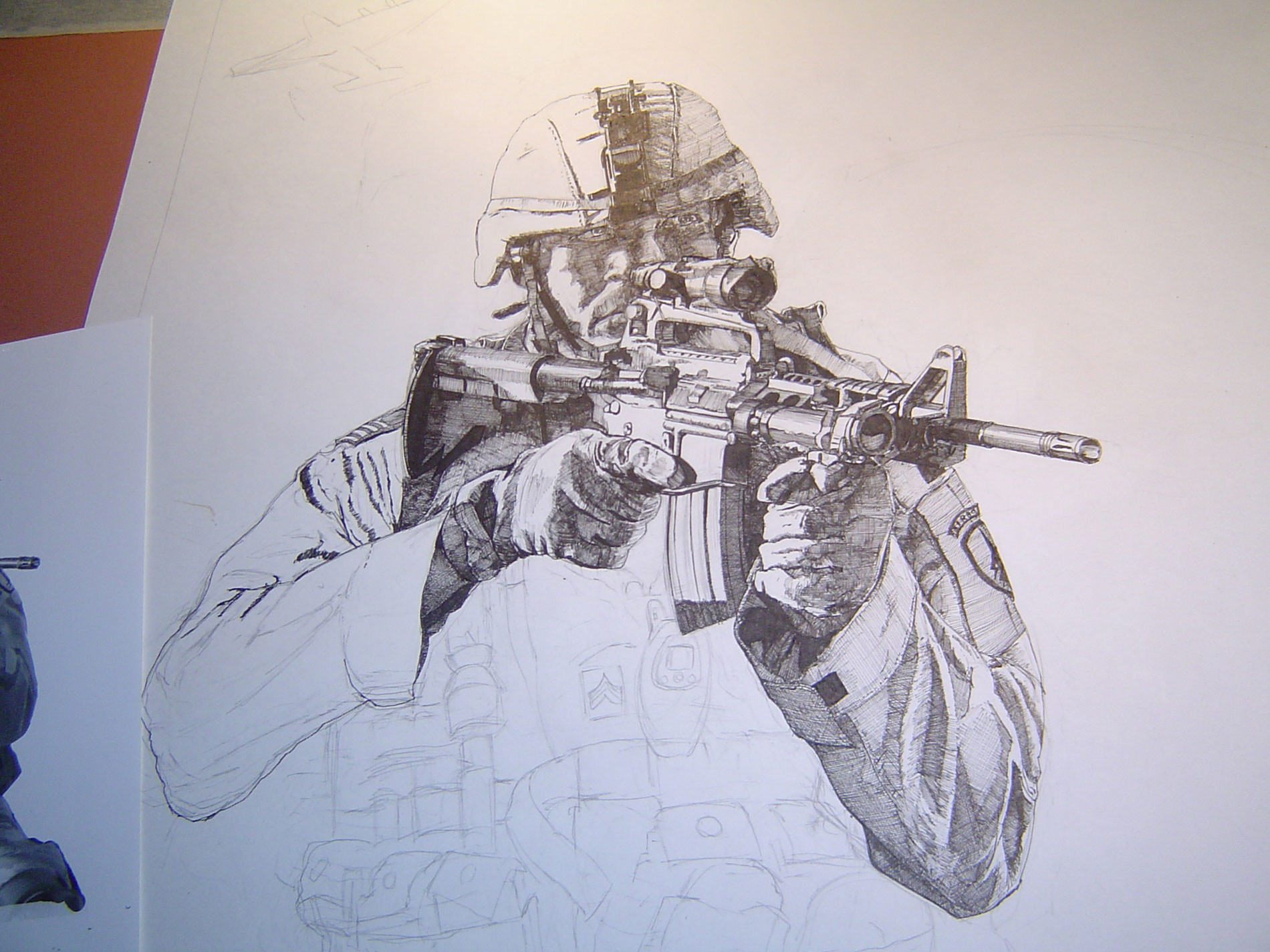 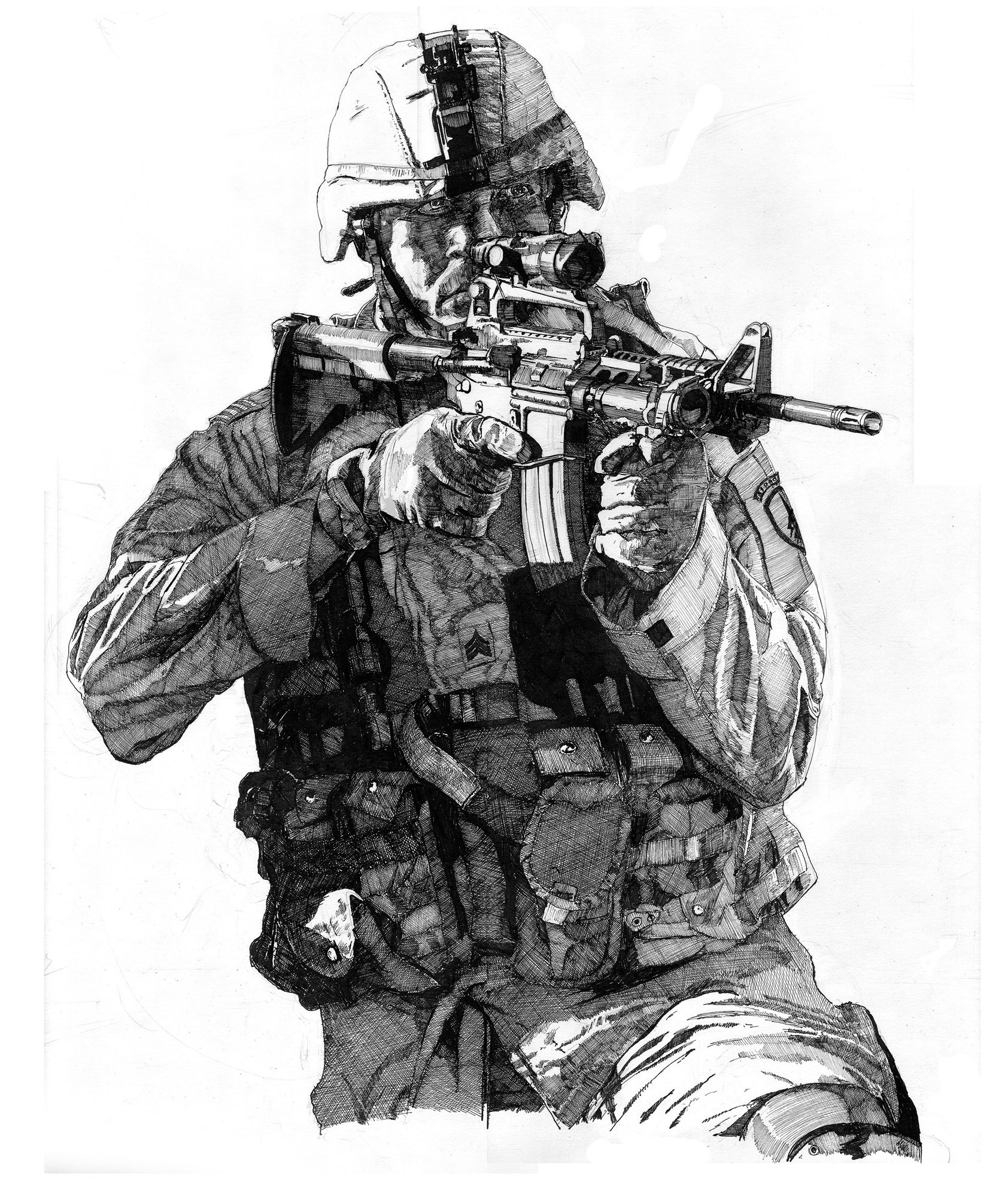 Finished inks of the Soldier. 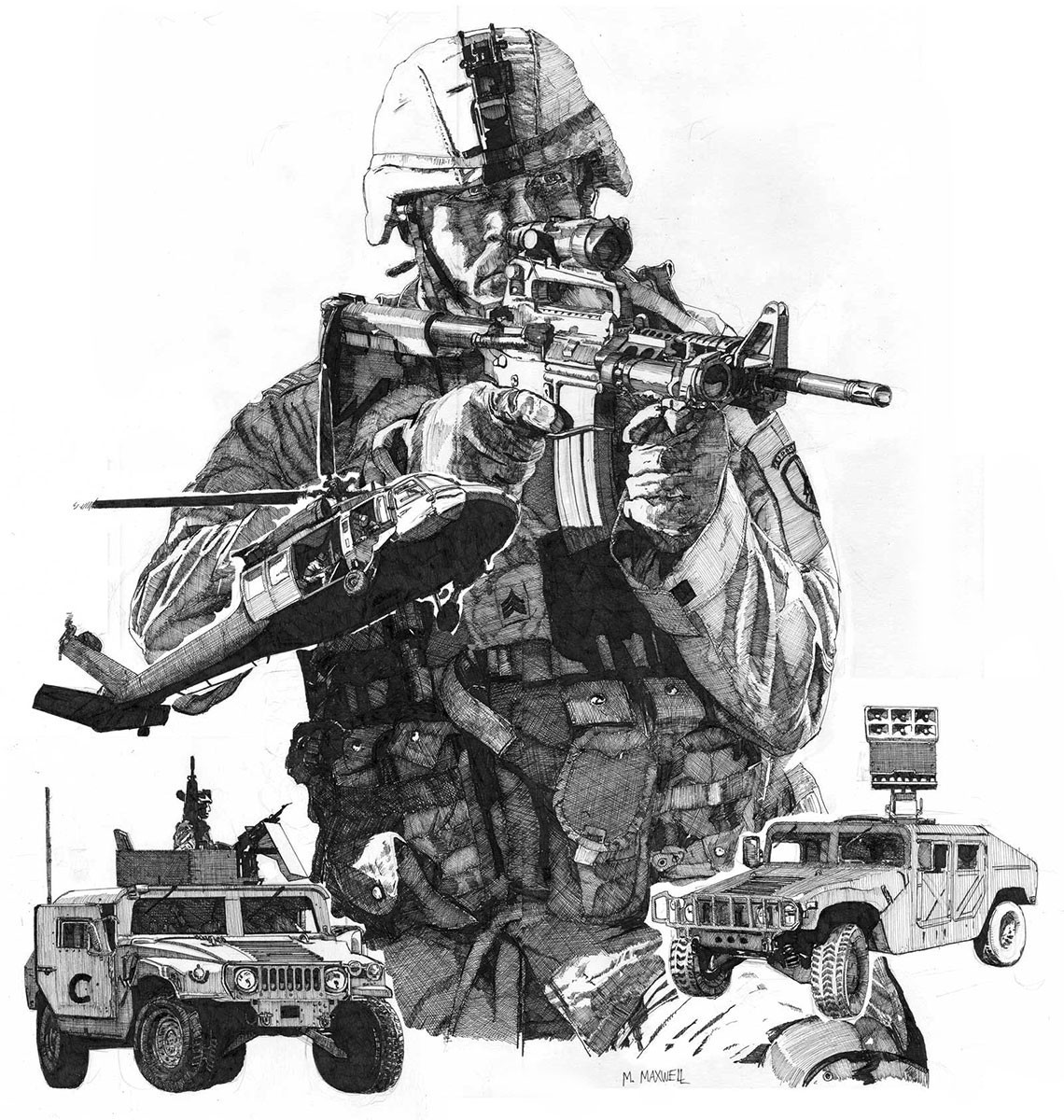 Other drawn elements of the poster were done totally separately and composited in Photoshop. 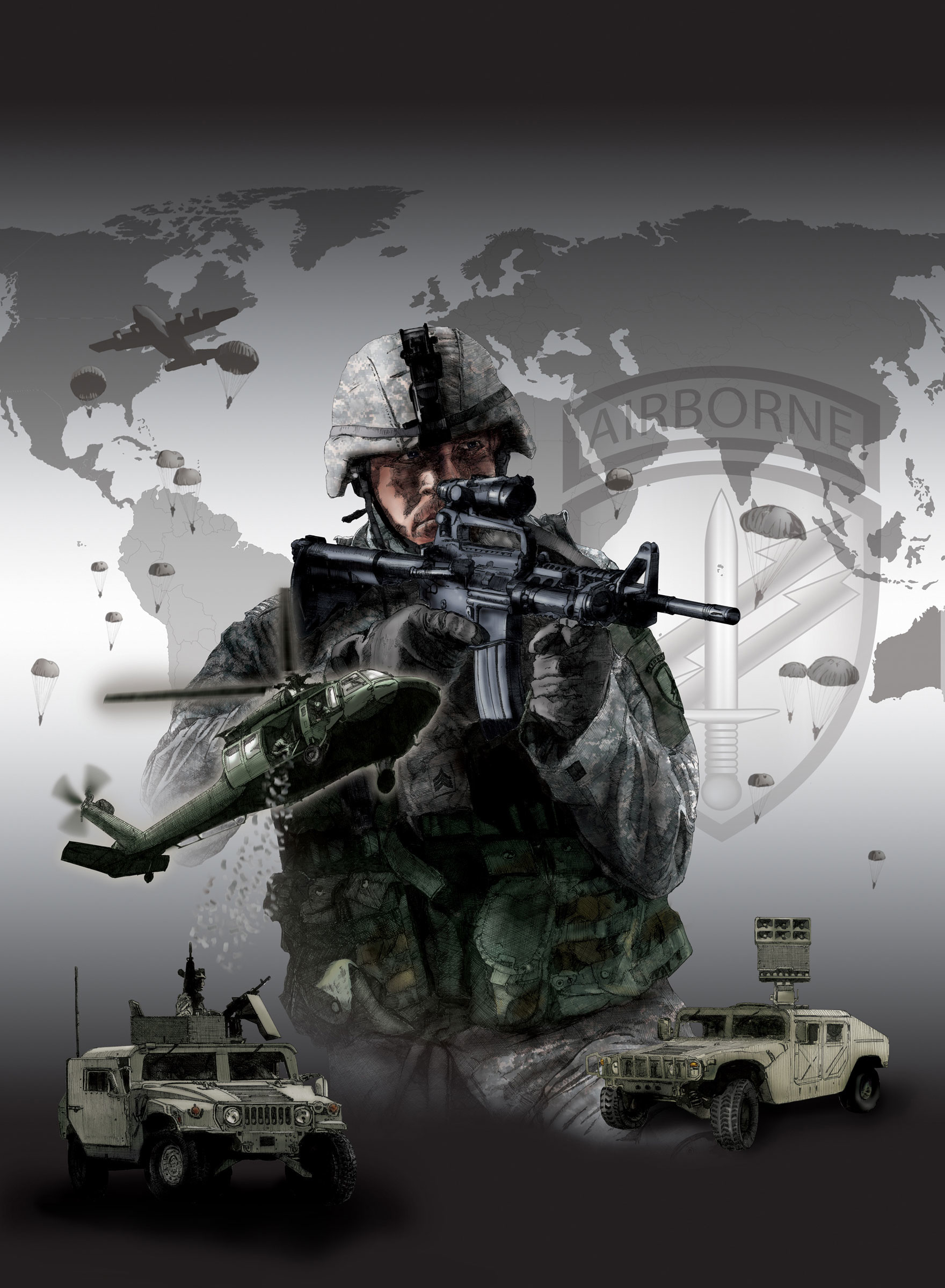 Coloring done in Photoshop and compositing with the background vector elements, such as the Civil Affairs/PSYOP (USACAPOC) patch and world continents were done in Illustrator by Douglas Weckesser. 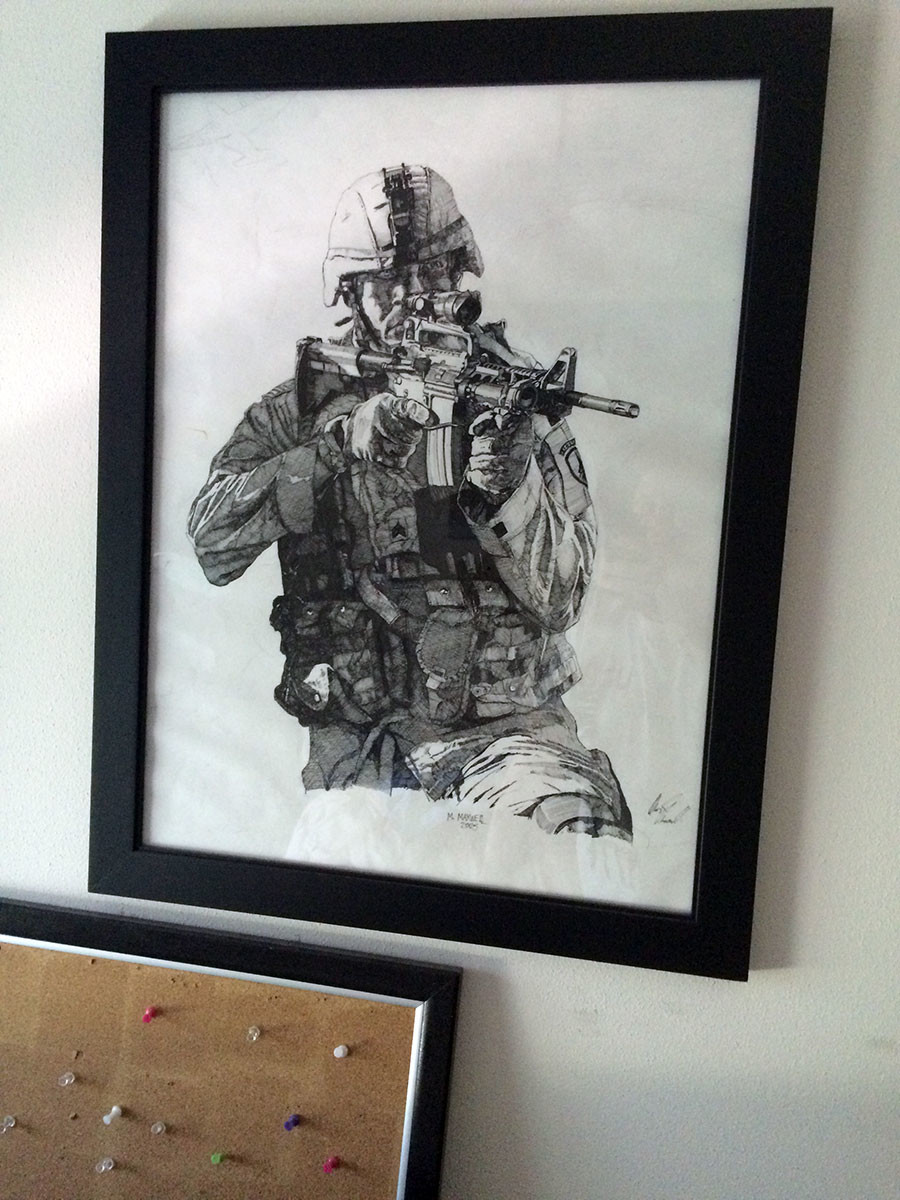 There was some dispute over authorship afterwards between our unit and another unit. If any of those folks happens to see this, hopefully these images put that dispute to rest! :)